In addition to taking breath tests before starting a vehicle, people with IIDs must also take random tests while driving.

Florida residents who have experienced the fear and uncertainty of being pulled over and eventually questioned and arrested for alleged drunk driving understandably have many questions. A lot of these questions may center around trying to understand the potential penalties that may be associated with a conviction for driving under the influence.

Who must use an ignition interlock device?

According to the Florida Department of Highway Safety and Motor Vehicles, a driver in the state of Florida may have to install and use an ignition interlock device even if convicted of a first-ever DUI offense.

An IID may be required for a minimum of six months for any driver who had a blood alcohol level of at least 0.15 percent at the time of their arrest. For a driver with a BAC below 0.15 percent, an IID may or may not be required.

The length of time a driver must keep and use an ignition interlock device extends with each subsequent conviction.

What does an IID measure?

As explained by Intoxalock, an IID vendor, these devices measure drivers’ breath alcohol content. A driver must blow into the handheld unit before being allowed to start a vehicle. Subsequent tests will also be required once a person has successfully begun a driving trip. These tests, called rolling retests, happen at random times.

What happens if an IID detects alcohol?

Per the Florida Statutes, if an initial breath test is 0.025 percent or greater, the driver’s vehicle will not be allowed to start. If a rolling retest is failed, the vehicle’s horn may honk and lights flash until being brought to a full stop.

How accurate are IIDs?

It is possible that substances other than alcohol could be erroneously detected as alcohol by IIDs. An example may be sweet pastries. Drivers are recommended to avoid eating or drinking anything other than plain water within 15 minutes of driving as well as while driving in order to avoid false readings.

How can I get help after a drunk driving arrest?

After being arrested and charged with a DUI in Florida, drivers should always seek a legal consultation. Talking with someone who truly understands how the defense process works can give people the best ability to make wise choices at this difficult time. 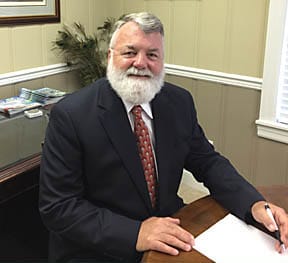